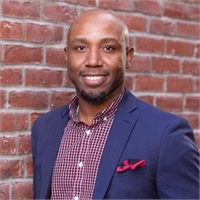 Yvenson Bernard joined Capstone Wealth Advisors as a Financial Advisor in 2019. He comes to Capstone after serving four years on the Oregon State University Foundation. While there, he managed a portfolio of former student athletes with a focus on individuals involved with the National Football League in order to advance OSU Athletics’ philanthropic goals. Prior to working for the foundation, Yvenson was a running back coach for Mike Riley and the Beavers in 2014.

Originally from Boca Raton, FL, Yvenson was a decorated running back and attended Oregon State. While at OSU, he played football and was captain from 2005-2007, finishing third on the leaderboard for most rushing yards in program history. From there Yvenson had stints with the NFL and CFL over the course of four years, before signing on to coach with the Beavers.

Yvenson received his Bachelor’s degree from Oregon State in 2008.