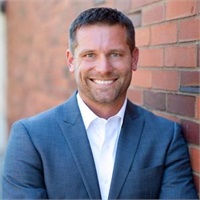 Ryan Skogstad, Senior Financial Advisor, began in the industry in 2001 as an advisor for Waddell & Reed. In 2003, he served as a supervisor there as well. From 2004-2012, Ryan served as an advisor, Vice-President and Advisor Coach for Merrill Lynch (Bank of America-Merrill Lynch). In September of 2012, he and his colleagues created Capstone Wealth Advisors, a Registered Investment Advisory firm serving individuals, businesses, and non-profits nationwide.

Ryan is active in the Salem community and enjoys spending time with his family and their activities. He has coached youth teams in programs such as West Salem Little League, Sprague Little League, Upward Basketball, Boys and Girls Club Basketball, Courthouse Basketball, Sprague Basketball, The Hoop, Cascade Futbol Club, and Keizer Soccer Club. He is currently Treasurer of the Western Oregon University Foundation and chair of the Finance and Planned Giving Committee for WOU. He has also served previously as chair of the Leadership Salem Foundation for the Salem Chamber and as a member of the Leave a Legacy Foundation and Crystal Apple Awards committee.

In his free time, he enjoys flying as a private pilot and is a member of the Valley Flyers Flight Club. He also can be found on the water or traveling to a new destination.