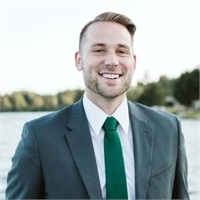 Brett is active in the North Mason community. He has been the Head Boys Basketball Coach at North Mason High School since 2017, and he is also the director of a youth basketball program in Belfair known as Magic Bulldogs, which performs at halftime of the high school’s home games. Brett can also be found conducting private basketball training sessions with young players in the community.

While away from the office or gym, Brett loves spending time with his wife, Stephanie, and daughter, Brooklyn. He and his family enjoy hanging out with friends and staying as active as they can with their Siberian Husky, Moses.

Brett graduated from Northwest University in 2014, earning a bachelor’s degree in General Studies. He became licensed as a Financial Advisor in March of 2016.